When I posted about D-Day last Friday, I mentioned that I had a collection of photos of German defenses from an interesting source.  Now, the rest of the story.

My mother-in-law gave me an old ammunition box of her late husband's belongings.  Mostly it contained some wiring and a shotgun cleaning kit.  There was also a small, orange cardboard cylinder that she said contained some unexposed film.  I opened the cylinder expecting to find an old 35mm film cartridge, which I know have been in use since at least the early 1950's.  I was surprised to see a roll of 35mm film in no casing.  Thinking that I had just possibly ruined some exposed but undeveloped film of a long forgotten family outing, I was annoyed.  Then I started to unroll the film, and discovered that there were developed pictures on the film.  Below is the first image on the roll. 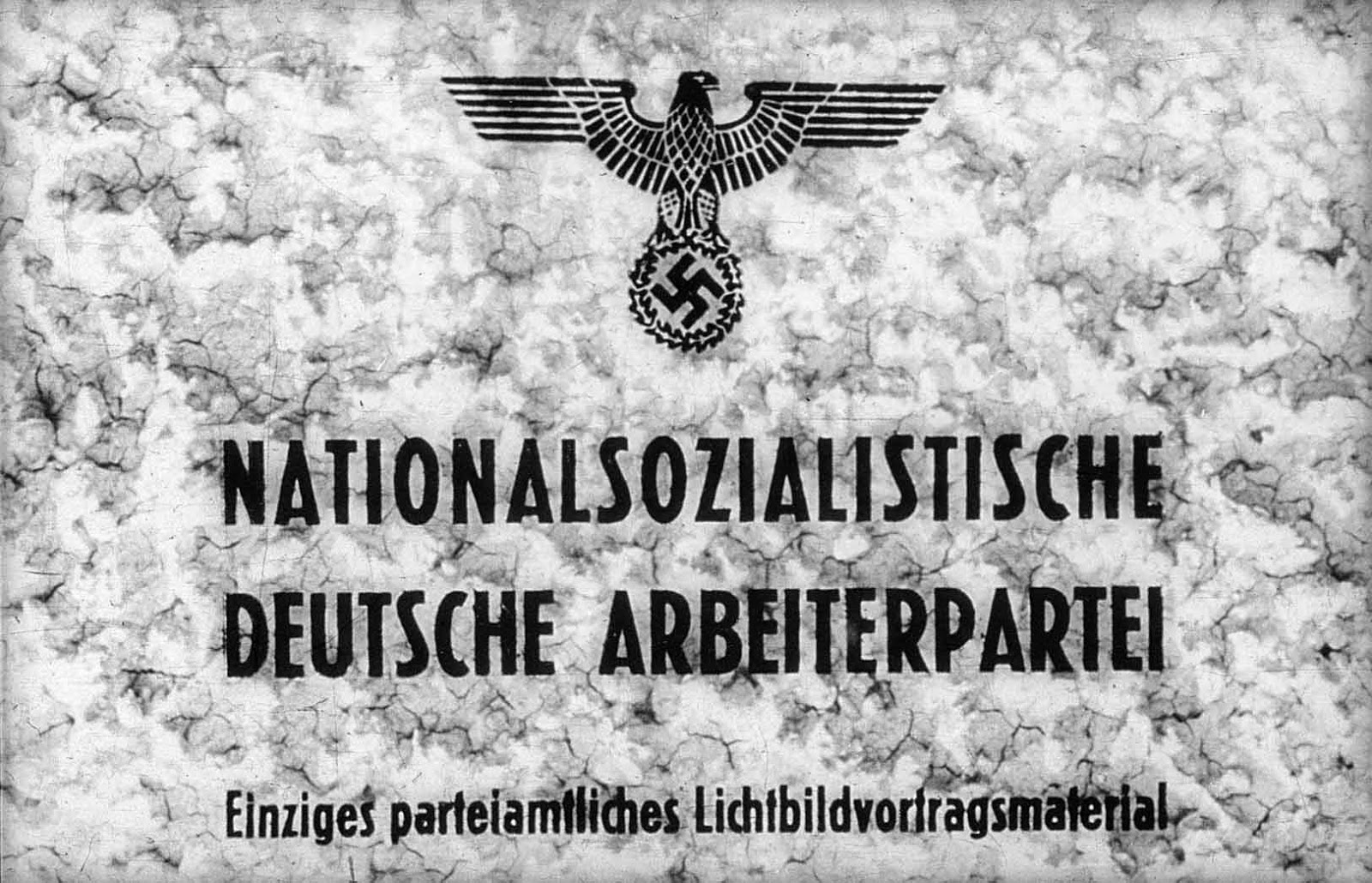 At that point, a chill ran up my spine.  I do not speak German, but it did not take much to get "National Socialist Party" (i.e. Nazi) out of the above.  Without looking at the rest of the photos, I looked back at the film's small cardboard container.  I did not notice the labels before, but I sure paid attention this time.  The labels were torn, but I could make out the German words "Reichspropaganda" (Propaganda Department of the Reich), "Wehrhaffes Europa" (Resistant Europe) and "Der Atlantik Wall" (The Atlantic Wall). 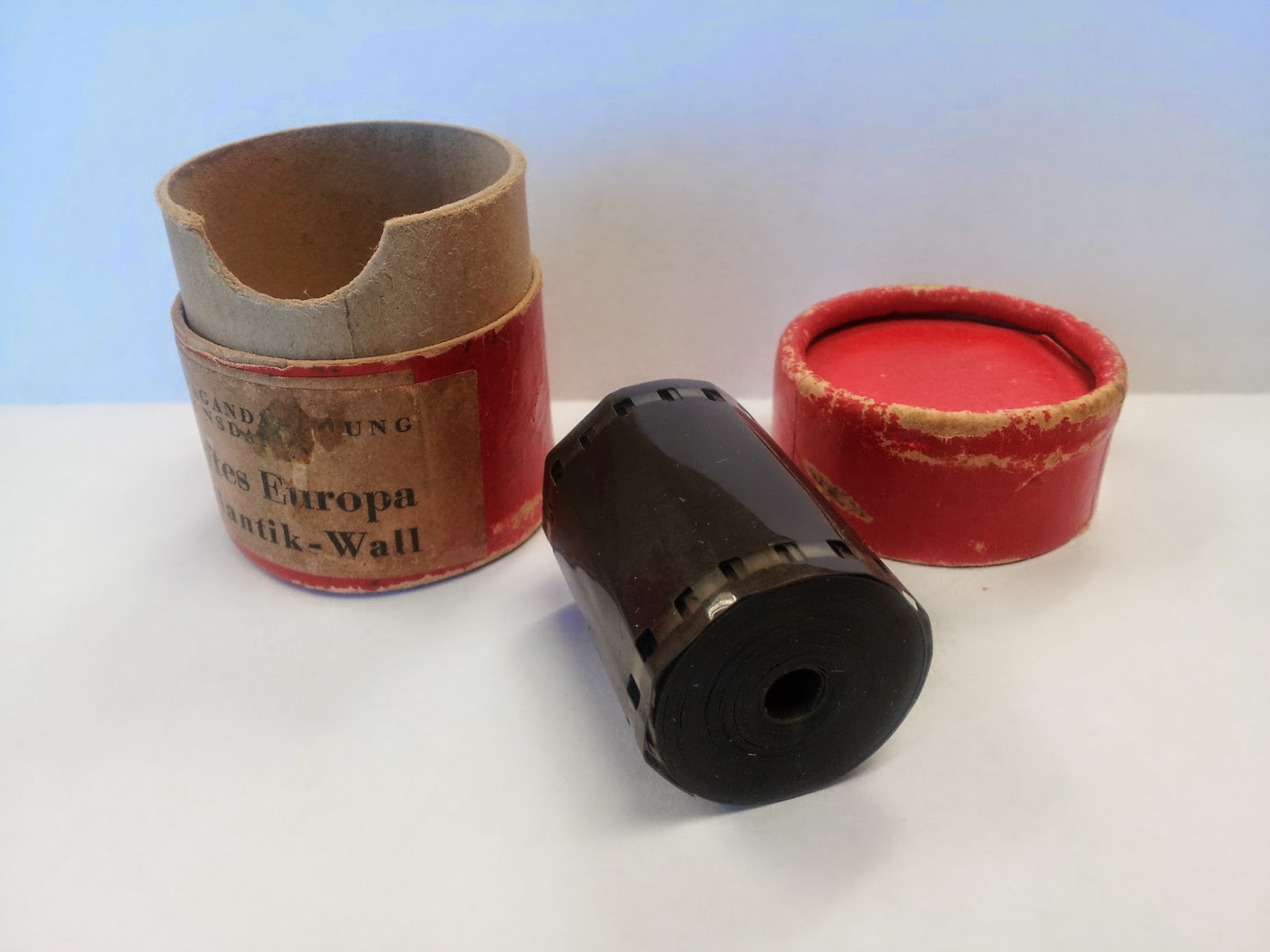 Examining the film again, it contained approximately 60 images of what appear to be German fortifications along the North Atlantic coast of Europe, in other words "The Atlantic Wall."  The images are in landscape format, and it appears that the frames are meant to be advanced through a projector slot one at a time.  When I was in elementary school, these were called "filmstrips," but they usually were arranged so the film would go through a projector vertically.  Thus, I seem to have a Nazi Propaganda Ministry filmstrip.  The text and photos mention "Organization Todt" several times, and I already knew that the Todt Organization was a German Military-Industrial Corporation that built fortifications, military complexes, etc.

The most interesting question to me is:  Who was the intended audience for this filmstrip?  It almost looks like a 1940's "PowerPoint" presentation.  Was this shown to German schoolchildren, the general public, businessmen, military leaders, and/or Hitler's General Staff?  Hitler himself, perhaps?  The film provides a very interesting look into German preparations for the Allied invasion of Europe, including pictures of (possibly) important Nazi officials Fritz Todt and Albert Speer.  I'll be posting more photos from the strip in the upcoming weeks.
Posted by Tim at 3:00 PM