The Lindy Goes On

History Through the Eyes of Radio 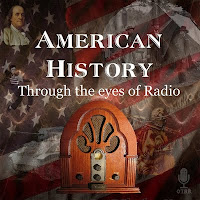 I have been meaning to post about another great section of the Internet Archive, the Audio section.  So far, I have only had the opportunity to explore the Old Time Radio collection, but it has kept me busy for some time.  As its name implies, this collection features classic radio shows including comedies like Burns & Allen, live music performances from swing bands from grand ballrooms, and mysteries like The Shadow.  Recently, I found a new item, American History Through the Eyes of Radio.  From the Internet Archive:


Through the magic of radio this unique collection of shows captures American History like no other medium can. From dramatizations of events prior to the formation of the United States and our fight for freedom from England through manifest destiny and our push to the Pacific Ocean. From live radio broadcasts of a date which will live in infamy to the resignation of a defeated and humiliated President and so much more. These shows will offer hours of entertainment bringing our early history alive and remind of us what it was like to be glued to our radios before we were glued to 24 hour news channels and instant access internet connections.


If you want a brief taste, try show 28, a two minute account by Edward R. Murrow of U.S. paratroopers jumping out of their plane in 1944.
Posted by Tim at 8:32 AM No comments:

Anniversary of the Memphis Blues

The focus of this blog is the 1930s-40s, but today's anniversary is so important to the music of the era (not to mention my hometown) that it requires recognition, despite its earlier vintage.

On this date in 1912, Bry's Department Store in Memphis, Tennessee begain selling copies of W.C. Handy's Memphis Blues, a tune Handy originally titled Mister Crump.  Aspiring Memphis mayoral candidate E. H. Crump had previously hired Handy to write a tune for his election campaign.  As the Library of Congress American Memory Today in History page notes, it was extremely popular, and contributed to the success of both Mr. Crump and Mr. Handy.  Many artists from the swing era kept the tune alive with their versions.

The Man of Steel returns with today's cartoon from the Internet Archive: Electric Earthquake.

The Beginnings of Mt. Rushmore

I have seen a couple of references to Mt. Rushmore in the past few days (e.g. North by Northwest on TCM earlier this week), and in browsing the Modern Mechanix archives I found this December 1933 article about the project written when the project was just started, and only three presidents were planned for the piece.  It seemed too much of a coincidence not to post the item.

In my continuing exploration of the vast Internet Archive, I discovered the Sabucat Movie Trailer collection, over 200 film trailers ranging from the 1930s to the 1970s, including classics, serials, B movies and more.  As a sample, below is a trailer from the 1949 re-release of the 1939 classic The Wizard of Oz.

Back to School Dance featuring the Bob Turner Jazz Octet

Panhellenic Ballroom on the University of Memphis campus

Sponsored by the Student Event Allocation and the Red Hot Lindy Hop U of M Chapter.

Then on Friday night, another Red Hot Lindy Hop dance lesson and session at the Rumba Room. 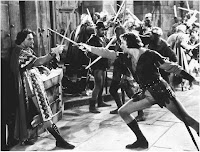 Turner Classic Movies has a nice trio of Errol Flynn classics this Wednesday, including those featuring some of his best co-stars like Olivia de Haviland, Claude Rains, and Basil Rathbone.

11:15 pm The Prince And The Pauper, (1937) Rousing adaptation of the Mark Twain tale of a 16th-century prince who trades places with a lookalike peasant.  Cast: Errol Flynn, Claude Rains, Henry Stephenson, Barton MacLane Dir: William Keighley BW-118 mins, TV-G
Posted by Tim at 8:55 AM No comments:

Another Red Hot Lindy Hop dance lesson and session this Friday at the Rumba Room.

Dress to impress!
Rumba Room
303 South Main Street
Memphis, TN 38103
Back to School Dance featuring the Bob Turner Jazz Octet
Thursday, September 24, 2009 from 6:30-10:30 p.m.
Panhellenic Ballroom on the University of Memphis campus
Sponsored by the Student Event Allocation and the Red Hot Lindy Hop U of M Chapter.
Posted by Tim at 9:00 AM No comments: 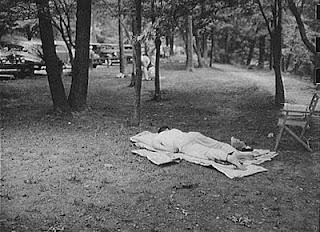 I'm off on a well-earned vacation this week, so posts will be less frequent. Keep checking, however, because I will have a few items, and if I see something I cannot resist, I'll post it as well.

This weekend's cartoon from the Internet Archive is another Fleischer gem from 1941 featuring Gabby in All's Well. 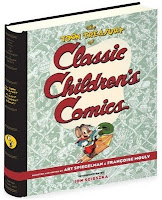 Another interesting find from Boing Boing:  a giant collection of stories for kids from classic comic books published from the 1930s through 1960s.  The Toon Treasury of Classic Children's Comics features 60 stories with characters including Dennis the Menace, Donald Duck, Gerald McBoing Boing, Little Archie, Little Lulu, Pogo, Sugar and Spike, Uncle Scrooge and more.  It looks like a really fun anthology for both kids and adults.

The Weekly Lindy Hop Plus a Back to School Dance 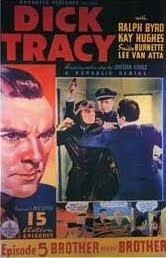 This is what I get for not checking my Turner Classic Movies monthly schedule early enough.  I missed the first 2 episodes of the Dick Tracy serial that TCM started showing last Saturday morning.  It looks like TCM will show 2 episodes every Saturday morning at 8:00 a.m. (Central) until the 15 episode serial is complete.
Posted by Tim at 4:41 PM No comments: 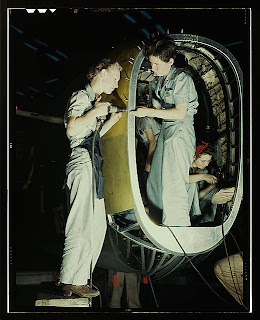 Happy Labor Day from the Swing Shift Shuffle and the WEVL Music Factory Crew!  To commemorate the day, from the American Memory Collection of the Library of Congress, here is a photo of two real "Rosie the Riveters," working on a B-24 Libertator bomber at the Consolidated Aircraft Corporation plant in Fort Worth, Texas, circa 1942.
Posted by Tim at 8:30 AM No comments:

Time for another Betty Boop cartoon from the Internet Archive.  In this episode, Mother Goose grants our heroine's wish to visit Mother Goose Land.

In the "better late than never" category:  History Detectives is a great show on PBS that discovers unusual stories from American history starting with artifacts owned by everyday people.  The actual "History Detectives" are a group of auctioneer/appraisers and academics.  The show has been on for 7 seasons, and this season is almost over, BUT you can watch full episodes from this season, and individual stories from all 7 seasons online at the History Detectives video library.  Topics related to the Swing Era from this season include a piece from Amelia Earhart's lost aircraft (left), a pencil sketch from a German POW camp during World War II, WPA murals, Tokyo Rose, and baby incubators at the 1933 Chicago World's Fair.  Coming up on September 7, one story features printing plates for "Take the 'A' Train."
Posted by Tim at 7:35 PM No comments: 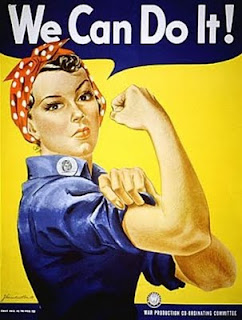 On September 1, 1939, a German battleship opened fire on a Polish fort near Gdansk, while the Wehrmacht invaded Poland by land from the east, west and south. Within two days, the United Kingdom and France declared war on Germany, and World War II had begun. Although the U.S. did not officially enter the war until December 1941, it openly assisted the Allied effort in Europe through Lend-Lease, and covertly fought the Japanese through the American Volunteer Group (the "Flying Tigers") in China. Boing Boing noted that, to commemorate the date, Life magazine has posted a collection of WWII propaganda posters from several countries, including Germany, the Netherlands, Poland, the U.K., the U.S.S.R, and the U.S. Included in the collection is our favorite woman war worker, Rosie the Riveter. WARNING: A few of the images are a little graphic.
Posted by Tim at 8:34 AM No comments: