Continuing our examination of  Der Atlantik Wall, we have two more images from the Nazi propaganda filmstrip.  The first is a map presumably showing the scope of the fortifications the Germans planned to install along the North Atlantic coast.  The smaller line of fortifications to the west of Germany ("Grossdeutsches Reich") is probably the Siegfried Line, a series of fortifications built before the start of the war along the French border. 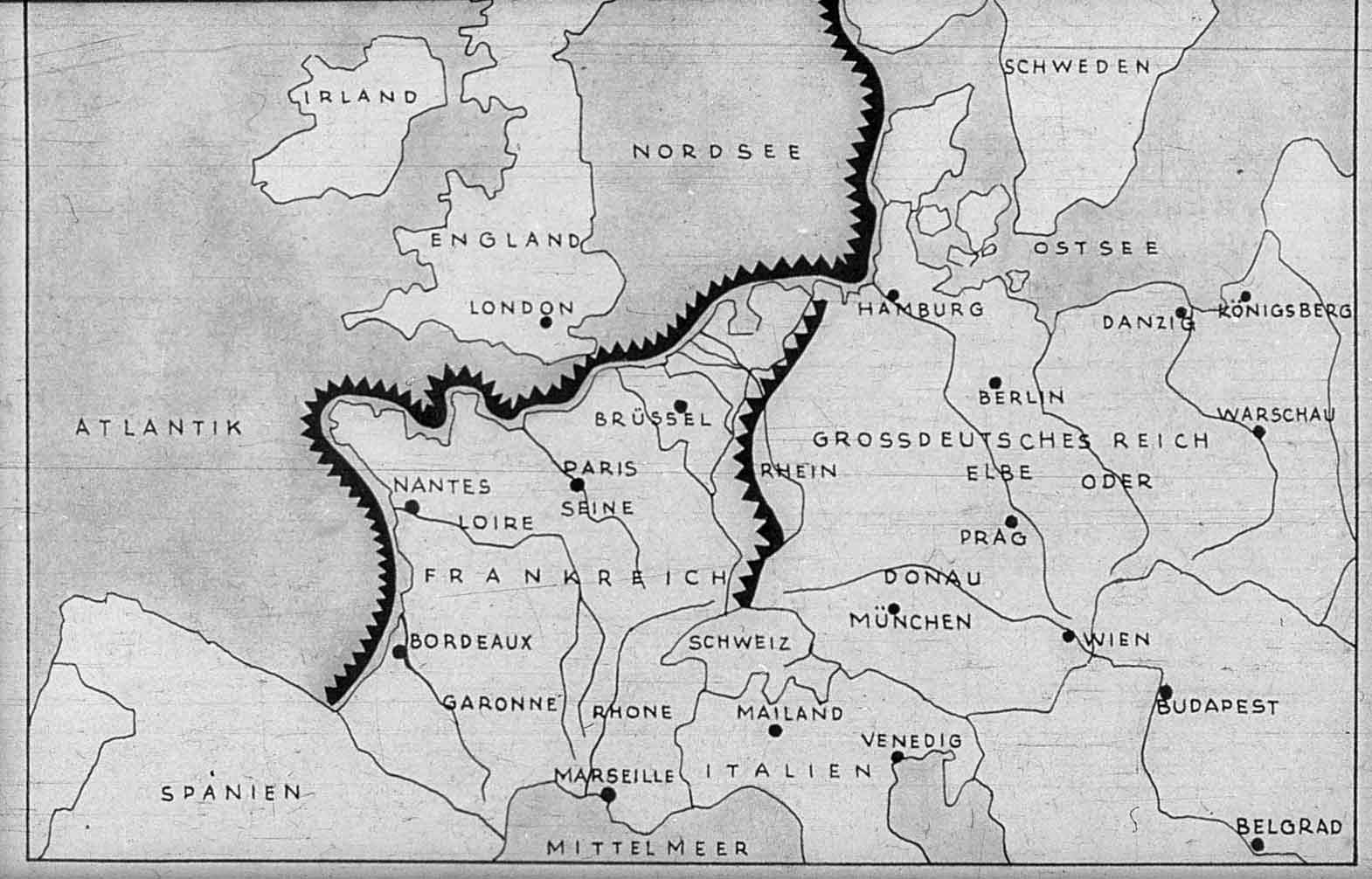 Considering the windmill, the second image might be somewhere in Holland.  Although no military structures are obvious, this photo could be the opening frame for the subsequent pictures of fortifications in that country.  It appears that Der Atlantic Wall is part one of a series of filmstrips, the remainder of which may be lost to history. 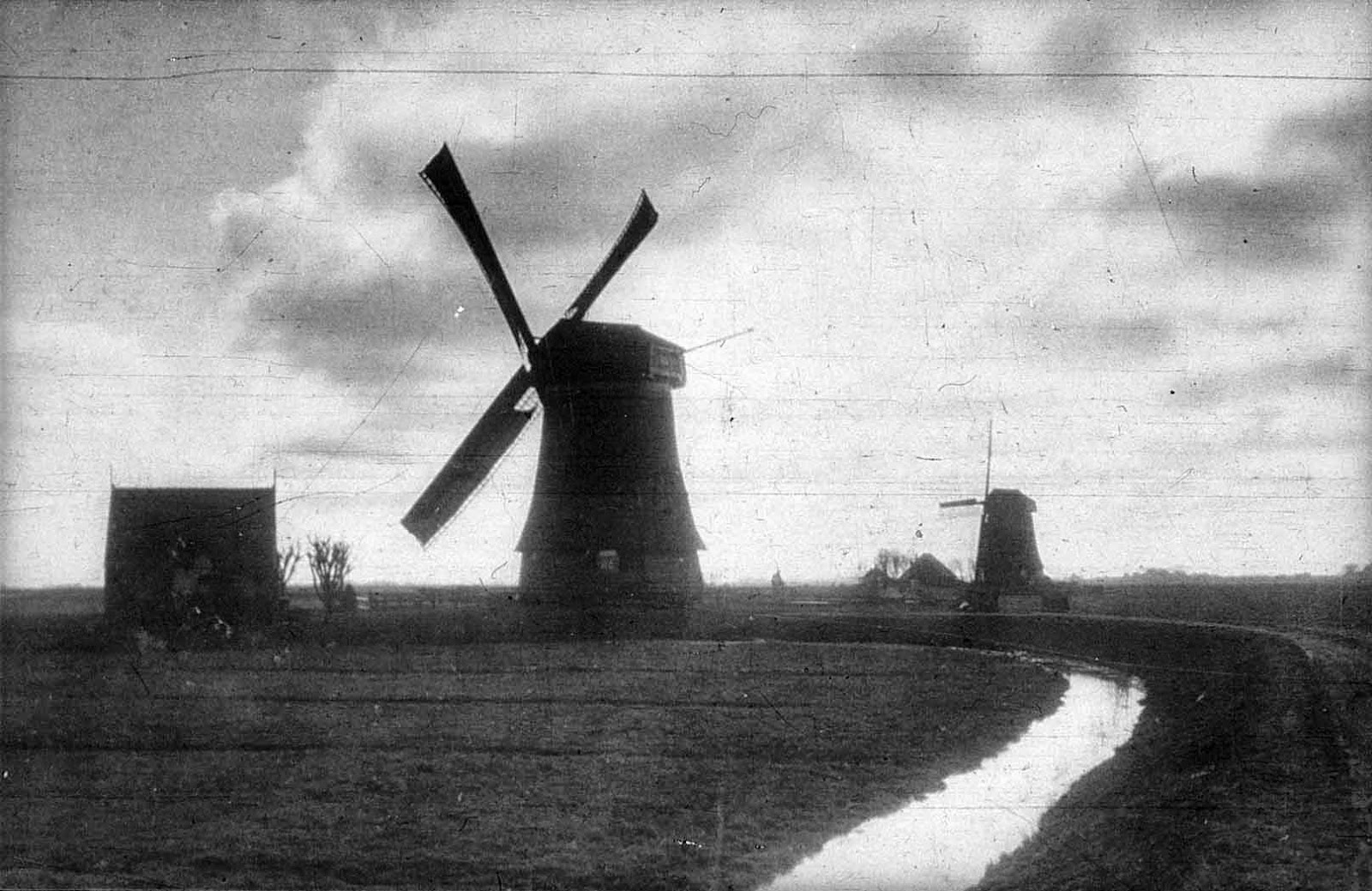