Time for more pictures from the Nazi Propaganda filmstrip Der Atlantik Wall.  We see examples of concealment and camouflage in the photos below.  The first shows a German soldier in a machine gun turret almost completely buried in the sand, making it a very effective defensive position against ground assault.  The second image has a soldier standing guard in front of two blockhouses.  Note that the windows on the structures are actually just painted on the walls, as are the trees on the building to the left.  The purpose of these artistic embellishments was to make these fortified bunkers appear - at least at long range - to be civilian buildings of little military value. 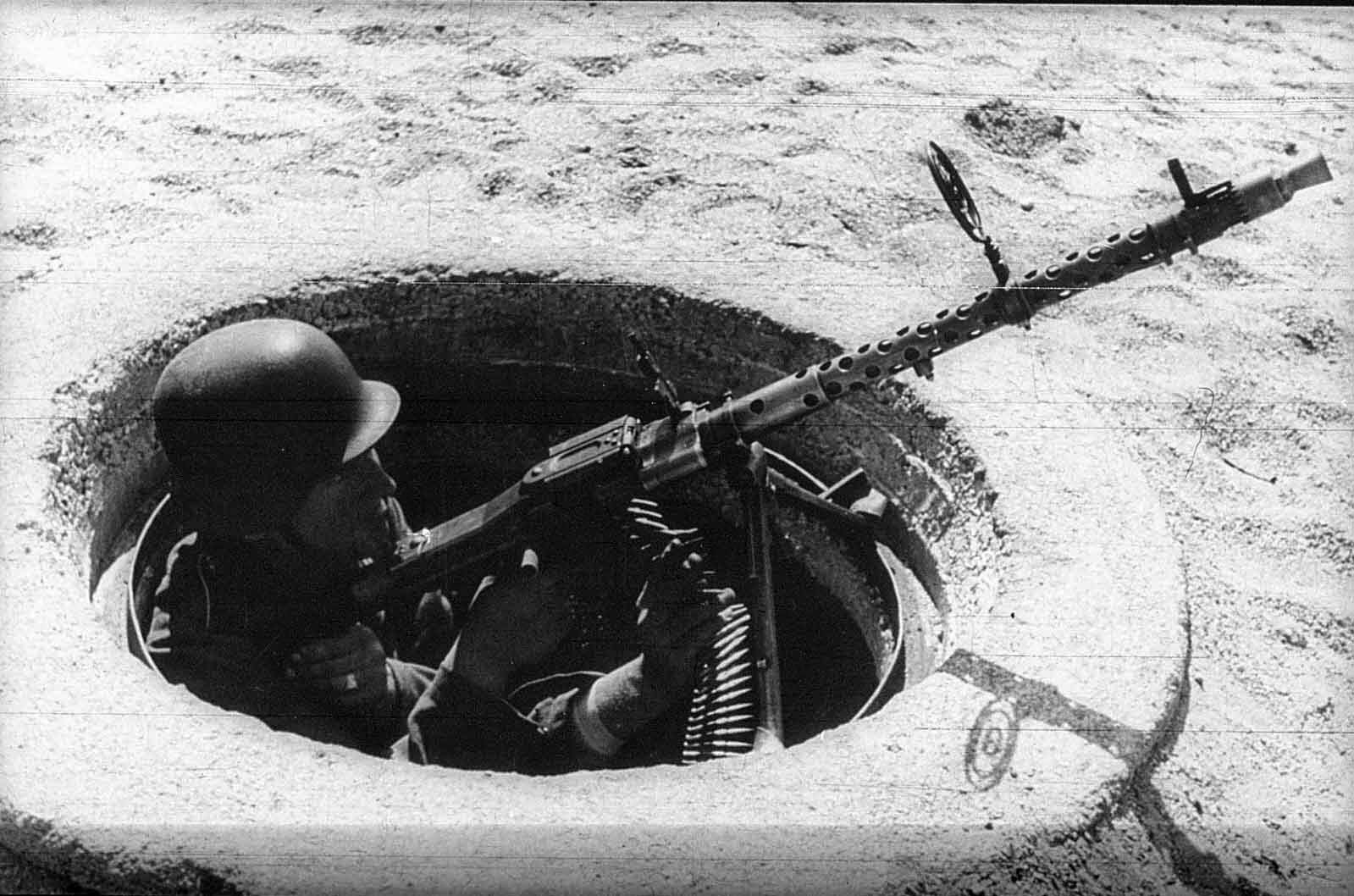 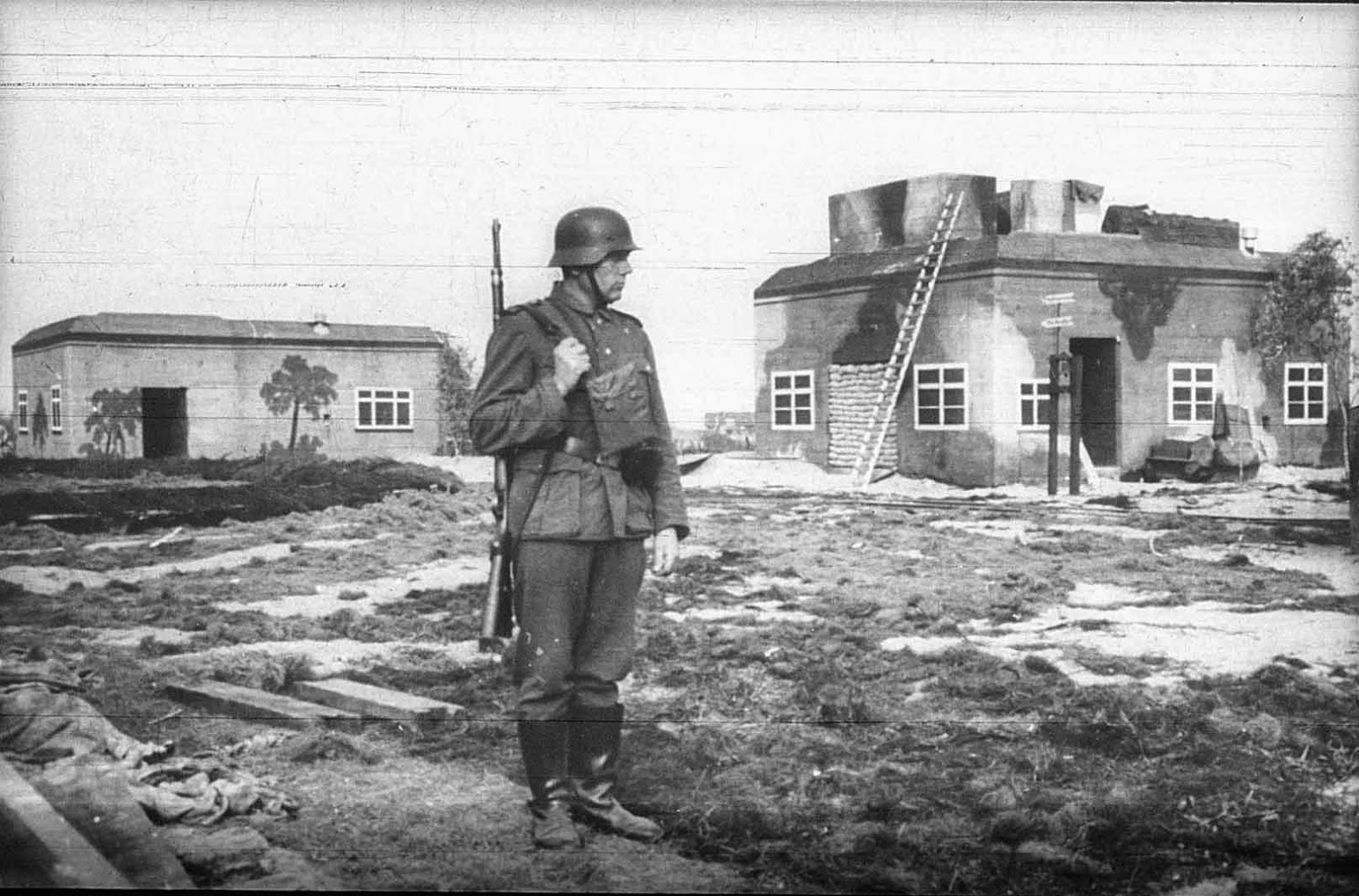