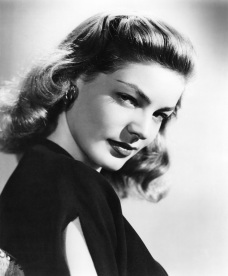 It is time for The Hollywood Revue's monthly preview of programming on TCM.  The Star of the Month is Lauren "You know how to whistle, don't you?" Bacall, and she will grace the screen every Wednesday night.  In addition, TCM will be showing films from Mack Sennett studios on Thursday nights, including premiers of a lot of silent films featuring Fatty Arbuckle, Charlie Chaplin and Gloria Swanson.
Posted by Tim at 3:00 PM