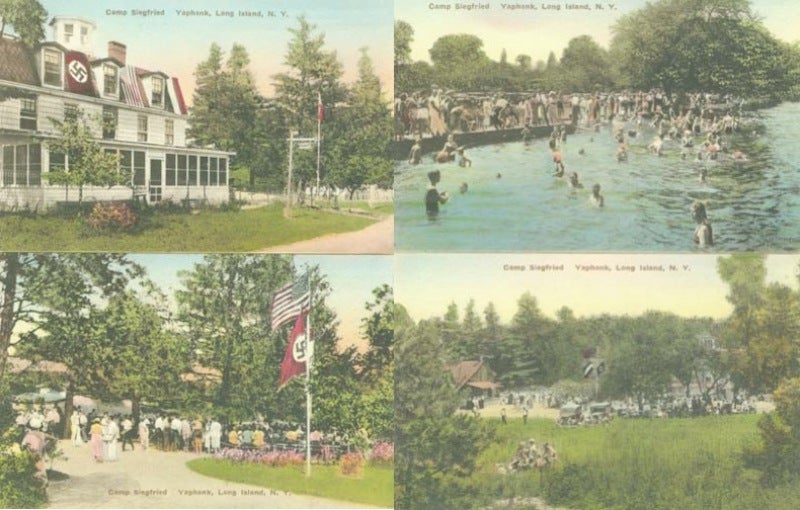 From the perspective of the 21st Century, the superficial impression is that the American people were completely united in the fight against fascism before, during and after World War II.  As this post on Gizmodo reveals, however, not everyone in the U.S. during the 1930's was anti-Nazi.  On the contrary, there were a number of pro-Nazi, not just pro-German, groups in America at the time; and several set up summer camps that bore striking resemblance to the Hitler Youth, although there was never any official connection between the German government and these organizations.
Posted by Tim at 3:00 PM