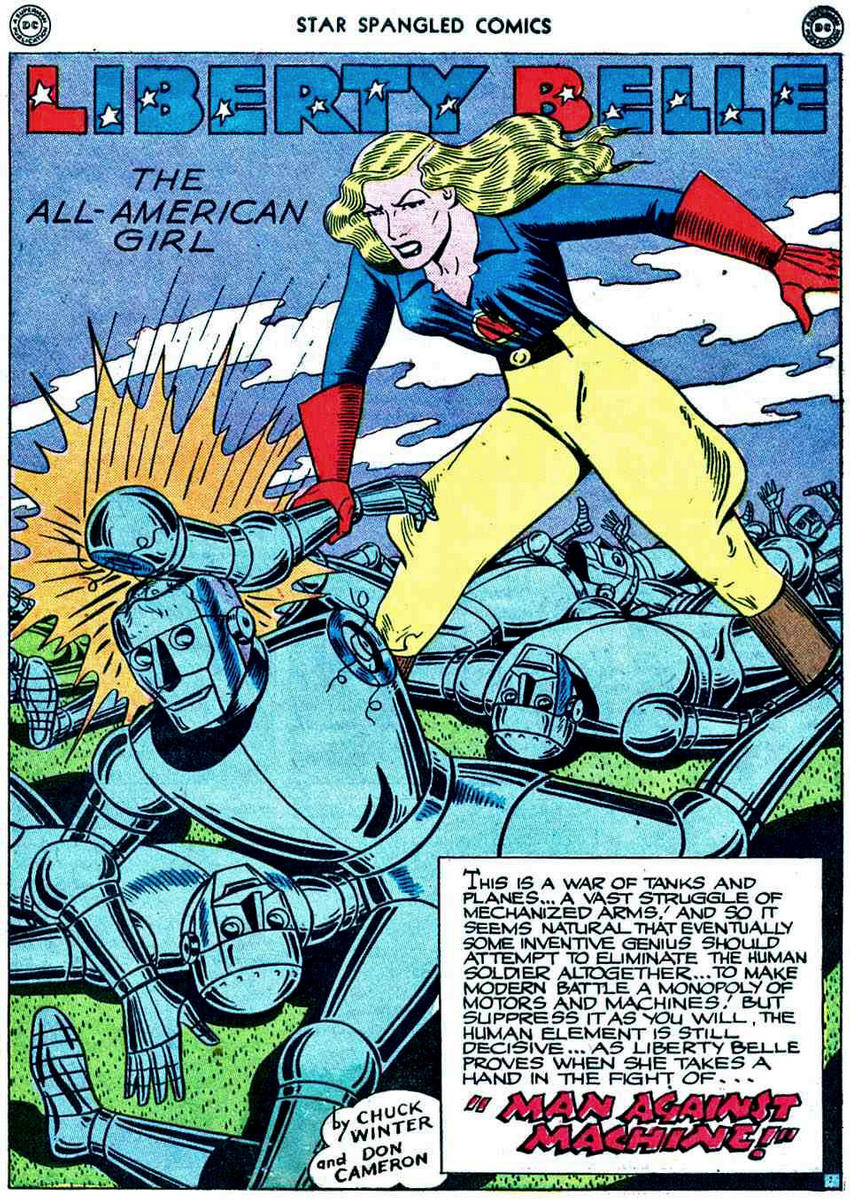 Pappy's Golden Age Comics Blogzine posted this pair of stories about fighting robots.  In the first, the hero is Robotman, a robot who poses masquerades as a human, and uses his mechanical powers to fight evil.  In the second story, All-American Girl Liberty Bell opposes a scientists plan to have robots fight for the U.S. rather than soldiers.  When the robots go haywire, she makes her point.
Posted by Tim at 4:21 PM